When I get on the car I can smell a strong odor of coolent. I know they had to splice into my upper radiator hose and add some coolent. I don’t see any noticeable leaks but maybe some got on the motor and this is burn off. I’m going to detail my engine today and see if that takes care of it. 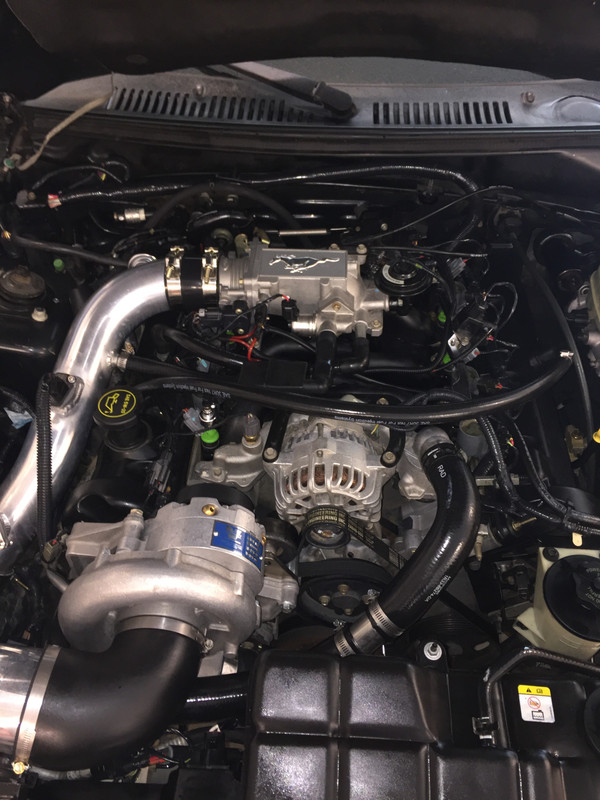 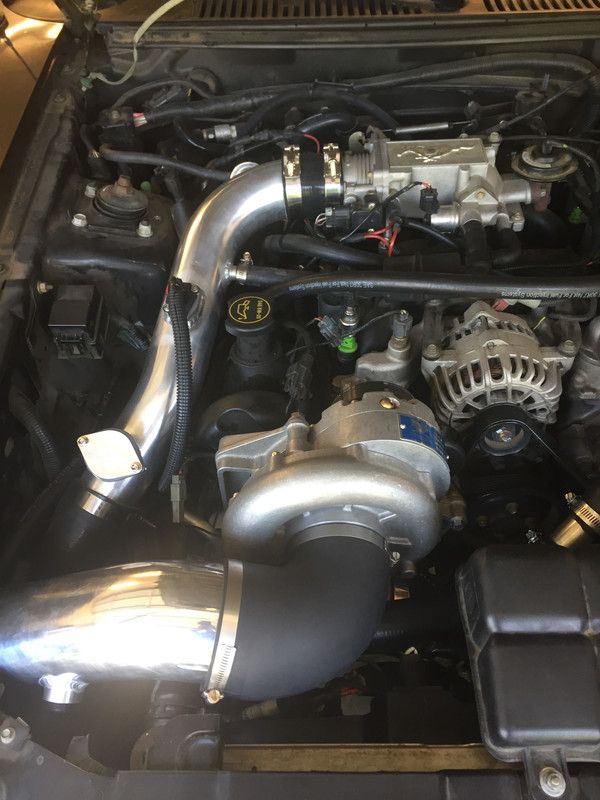 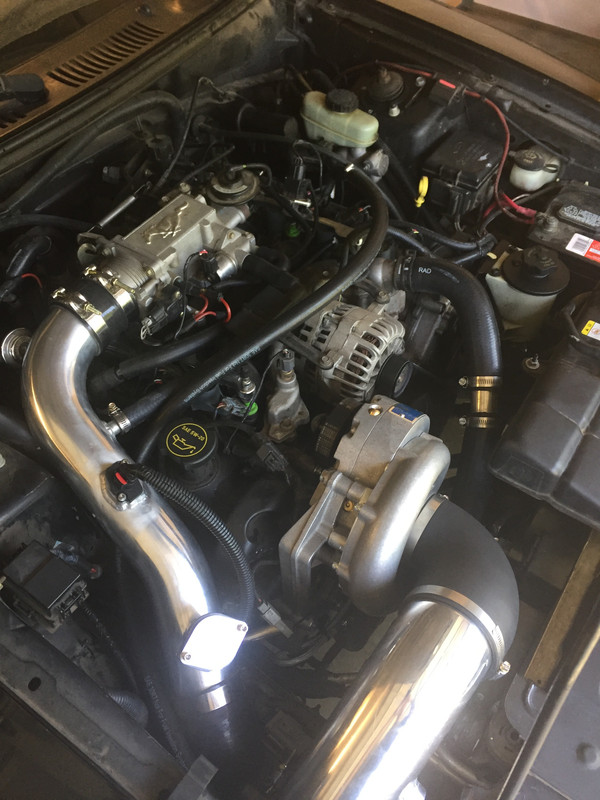 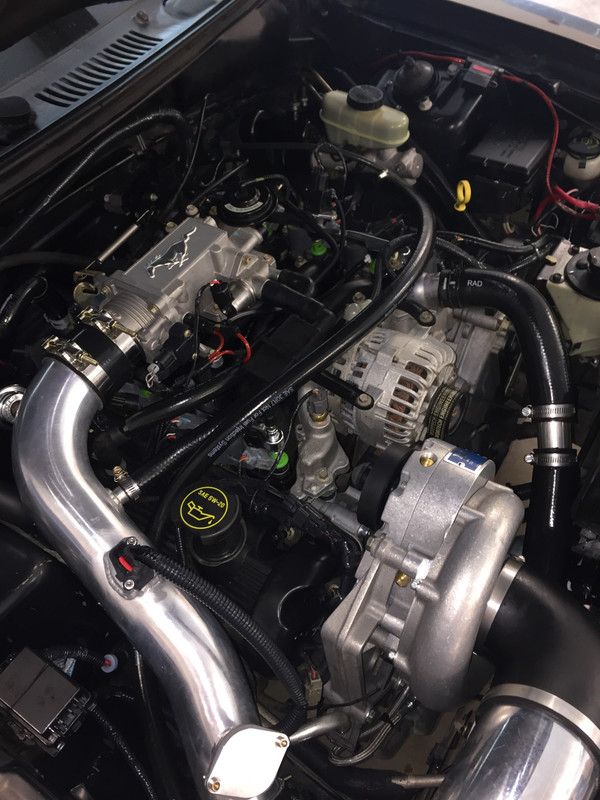 Eagle2000GT said:
You are correct. The horsepower curve flattened out quite a bit. Still, good numbers. It makes for a fun driving car that should last. A lot of people push the stock block. I can remember several posts years ago from members that tried to get to 450 rwhp on boost alone. The motors lasted a little while... measured in months. One running 13 psi on pump gas making around 415 lasted 9 months. Another running 14 psi on pump gas making near 430 lasted less.

I used to get a kick out of a member who lived at 5,000 feet who was making near 430 rwhp (corrected) on pump gas. His supercharger was putting out only 9-10 psi. Here is the thing. He was running almost exactly the same system as I was except he was running a 3.2" pulley to get 9 psi while I was running a 3.7" pulley. Take out the correction and he was probably making around 385 actual rwhp. About the same as I was. At that level the motor will last. His problem would happen if he came down out of the mountains. At that point he would be pushing 14 psi and his motor would actually be making 430 rwhp on pump gas. How long it would last is questionable.

Some people actually do push their motors that far (on the dyno) then don't on the street. I remember a member who wouldn't push his supercharged motor past 5500 rpm for fear of blowing it up. Others don't even drive their cars 2500 miles per year. There are a hell of a lot of variables so when someone says they made 450 rwhp on a stock motor find out what they are. But, your numbers are good. Your motor should last at that power level.

It really is funny. There were members who said they would push it till it blew and then put in a built motor. When it blew they disappeared. Even Jazzer disappeared after he blew his brand new built motor.
Click to expand...

Since mine didn’t make but an extra 3wrhp at 6k I’ll stick with shifting at 5,500. My tuner said it was probably due to heat soak as that was the final pull after a couple of hours on the dyno.

Nightmare69 said:
What is the easiest way to take off the air filter? Remove the PS inner fender well? Bumper? Power pipe?
Click to expand...

Take off the wheel on that side, and take out the headlight. You should be able to see it through the headlight area and fish your hand in there through the wheel well.
► Show Full Signature
2003 Redfire & Black V6. Full suspension, 8.8 w/ 4.10s, tuned. 4.3L stroker + turbo capable of 550 hp soon

Nightmare69 said:
What is the easiest way to take off the air filter? Remove the PS inner fender well? Bumper? Power pipe?
Click to expand...

I called about my speedo and he said he had to enter the axel ratio value in 2 places or it goes back to default. His mistake as he only entered it in one place.
281 - 287 of 287 Posts
Join the discussion
Continue with Facebook
Continue with Google
or sign up with email
Recommended Reading
Read More
Read More
About this Discussion
286 Replies
15 Participants
Last post:
Nightmare69 Apr 23, 2018
Modded Mustang Forums
A forum community dedicated to all Ford Mustang owners and enthusiasts. Come join the discussion about performance, racing, builds, modifications, troubleshooting, maintenance, and more!
Full Forum Listing
Explore Our Forums
The Clubhouse 96 - 04 Modular Mustangs 5.0 Mustangs V6 Mustangs
Popular Communities